[Week 09’s Note]
I decide to do extra works in Maya Dynamic along with my Media Compositing class; however, there is no exploding scene in my short film. Alternately, I move on “nCloth”. Basically, it’s a cloth physics simulation tool in Maya. It highly requires computer specs, but not as much as Houdini did. I spent time online looking up tutorials and forums, but it seems like there are many obstacles in the way so far.

My given task here is to add 4 shiny monoliths (3D objects) into this shot and make it into a empty white space instead of green screen set up.
I found that it cause so many problem while I tried to mix between footage and 3D due to the reflection in 3D can’t follow the footage convincingly. Therefore, I decide to give nCloth a shot. By having everything in 3D, I can play with many things including camera movement, which will bring more “life” to the shot. 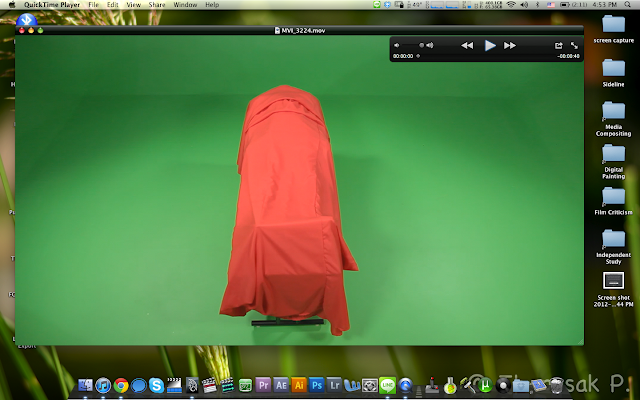